Anipals Around World Gather & Speak Out

Animals around da world spoke out on October 6, expressing their views on issues impawtent to all animals. Here’s what anipals said.

@Jack4Presidente speaking at WAPC, “I finks anipals should be treated with highest dignity! Food and loving homes for all. Humans there to pamper us, give us snacks and treats.”

Jack is running on the Paw ticket. If you missed his speech, it’s available on YouTube.

From @RumpyDog in Tennessee, “DeDe here. Why don’t they have Medicare for us older dogs?” 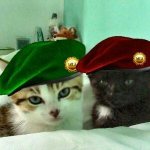 “Everyone who wants a pet should be checked out first to make sure they are fit to do so!” from @The_Tardis_Toms of Somerset, England.

“If one harms an animal they should be punished & never allowed to become a guardian again'” says D Cunningham (@Skye613) from Florida.

@TonyTiger2000 tells WAPC attendees that his legal team @ADLF is petitioning for him to be released to a reputable sanctuar. Read more. http://chn.ge/QMDcQD.

For anipals not able to attend WAPC, you can still submit opinions to @TheMooshies for posting to da bloggie.

This entry was posted on Saturday, October 6th, 2012 at 7:59 pm and is filed under Uncategorized. You can follow any responses to this entry through the RSS 2.0 feed. You can leave a response, or trackback from your own site.

2 Responses to Anipals Around World Gather & Speak Out